DIALOGUES AND PERSPECTIVES OF YOUNG PEOPLE ABOUT THE SCHOOL BUILT ENVIRONMENT

Ethnography about the relationship between young people and learning spaces

This research results from an ethnographic case study carried out between 2009 and 2011 in the Secondary School Rodrigues de Freitas, with young people between 13 and 15 years. The study was motivated by the conclusion of the renovation of this school in 2008, as part of the pilot phase of the Programme of Modernisation for Secondary Education Schools. My aim was to evaluate the built environment in a post-occupation phase and to understand the impact of the rehabilitation in the school community. In this sense, we focused our research on the dialogues and perspectives of young people about the built environment. In a complementary approach, we collected the perspectives of the architect responsible for the school refurbishment and school staff. The ethnography used research techniques that were complementary to the participant observation: semi-structured interviews, focus groups discussion and walk-through.

The school community recognized aesthetic and technical improvements generated by the school rehabilitation. The new built space has changed the social dynamics and interpersonal relationships. However, the rehabilitation did not improve the educational dynamics due to the fact that some objectives of the project were not achieved during the occupation phase.

The relationship between the school built space and young people took place through several different phases that materialize the school built environment. These phases are: design, occupancy, lived experience, appropriation, perception and interpretation. Young people consider that the built environment did not have a direct influence on their education. However, the reflection promoted throughout the investigation led them to look at the built space in a more critical way.

I concluded that most of the areas of Secondary School Rodrigues de Freitas were only occupied. Young people carried out subversive and passive appropriation of the school built environment. However, no marks of effective appropriation could be detected at the school by the end of our investigation. Yet, the young people were able to suggest basic changes in management, equipment, decoration and personalization that aim to improve the built environment of the Secondary School Rodrigues de Freitas. 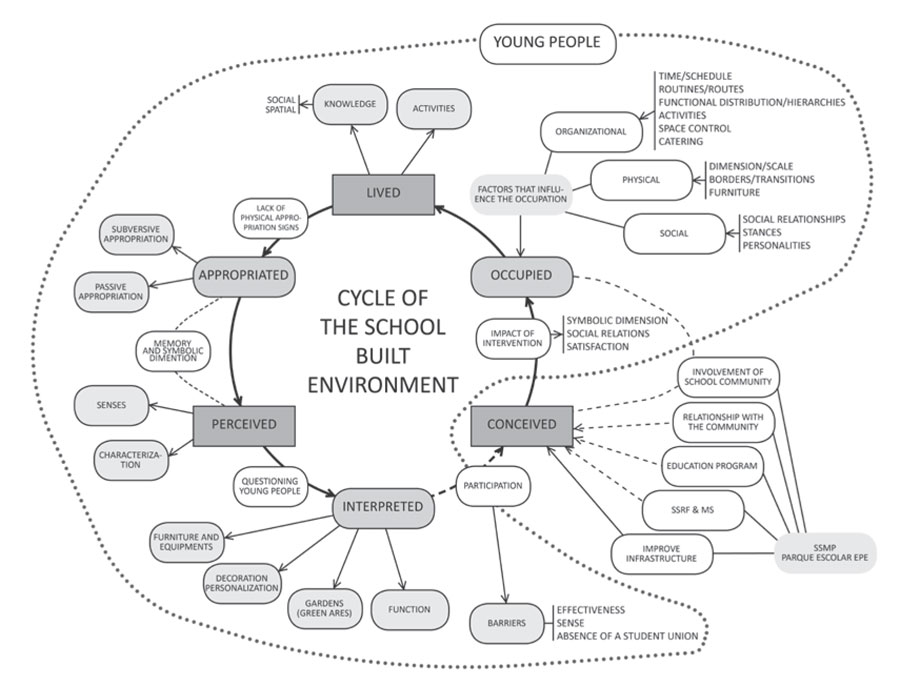 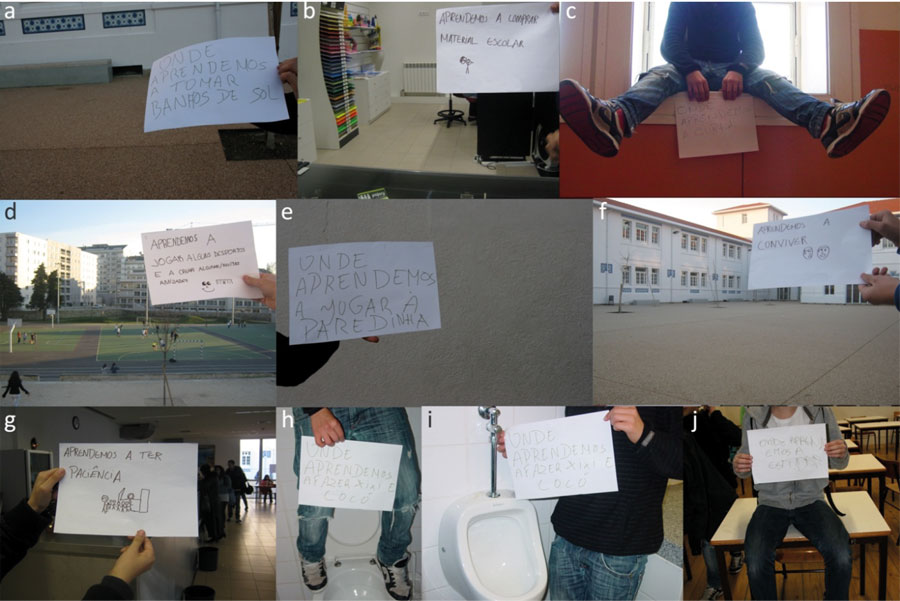 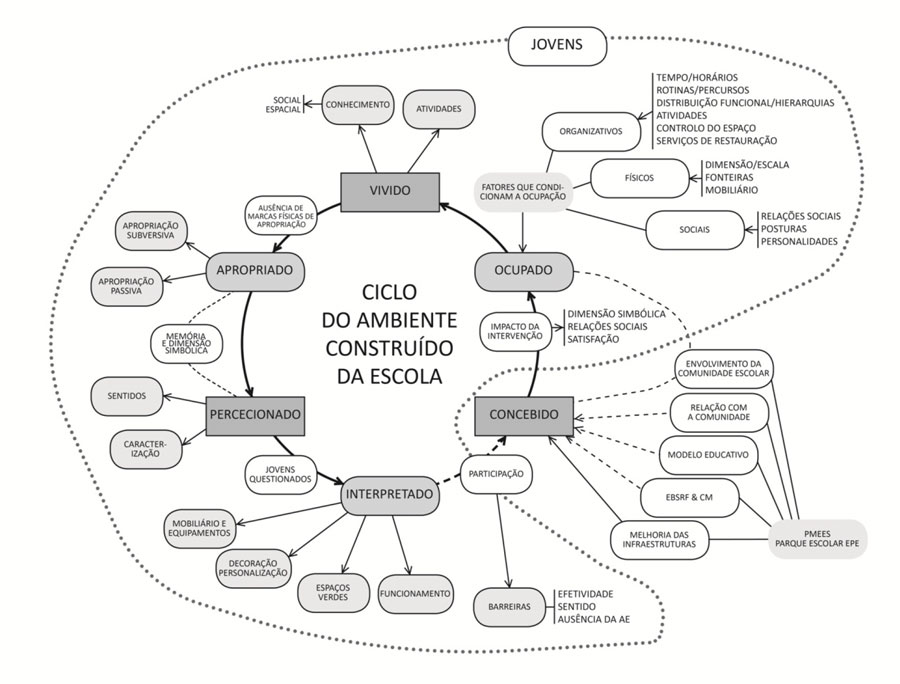